What Is Kerala Dish Avial?

Avial is actually one of the most common, traditional and popular Kerala side dishes to be served along with  rice even for festivals and celebrations.

Avial can be made using different veggies and avial made using mixed veggies is an integral dish of South Indian Kerala vegetarian cuisine.

See potato avial recipe here which is an easy avial recipe for lunch or dinner, and it is made mainly using potatoes instead of using different varieties of vegetables.

I was just telling what kind of rice is more popular is Kerala, but nowadays white rice is also becoming more popular as this is more easy to prepare (because of less cooking time) and so this authentic Kerala style avial recipe can be used to make yummy and healthy avial which can e served along with rice, both brown rice and white rice, for lunch or dinner.

If you serve rice along with sambar and avial, that is one example for a perfect Kerala vegetaian lunch.

Avial recipe Kerala style is made using lots of vegetables in coconut blended with spices.

A little yogurt is added for sourness and also a splash of coconut oil is added for the authentic Kerala touch, and also a few curry leaves are added at the end which adds fragrance and flavor to the dish.

As I already mentioned, traditional authentic avial recipe uses a lot of vegetables.

So these are just few examples where only one vegetable is mainly used as an ingredient to make the avial. However the most popular authentic Kerala style avial recipe uses many number of vegetables in the preparation.

As I already mentioned, coconut is another major ingredient of Kerala avial recipe.

Kerala avial/aviyal is one of the main dishes for Kerala vegetarian feast (known as Kerala sadya) as well, which is usually served in fresh banana leaves for all Kerala celebrations including marriages and festivals like Onam. 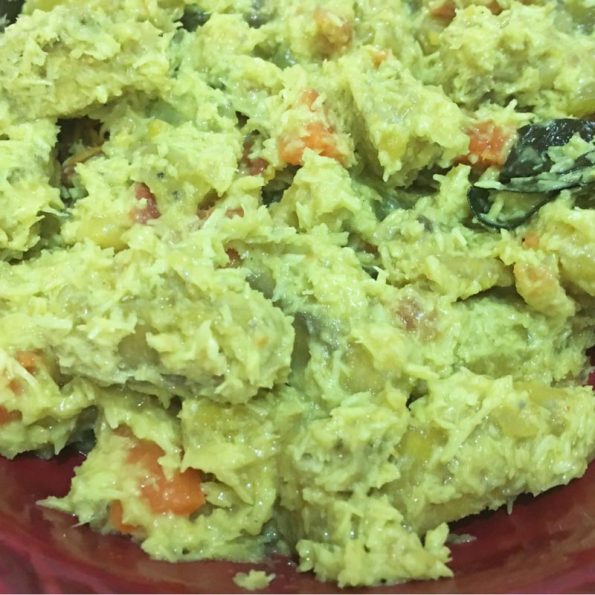 How To Make Kerala Style Avial?

So here is how we can prepare Kerala avial recipe. Just chop the vegetables into medium sized pieces lengthwise and evenly just like you do for sambar recipes.

You can use either yogurt or tamarind extract (along with fresh tomatoes) to add sourness to the recipe.

I almost always use yogurt and tomatoes in avial recipes, so I really don’t use tamarind extract.

But if you don’t want to use yogurt, I recommend using tamarind extract (tamarind paste about the size of half of a lemon dissolved in water and filtered).

You may also use raw mango pieces to add sourness, instead of adding yogurt or tamarind. 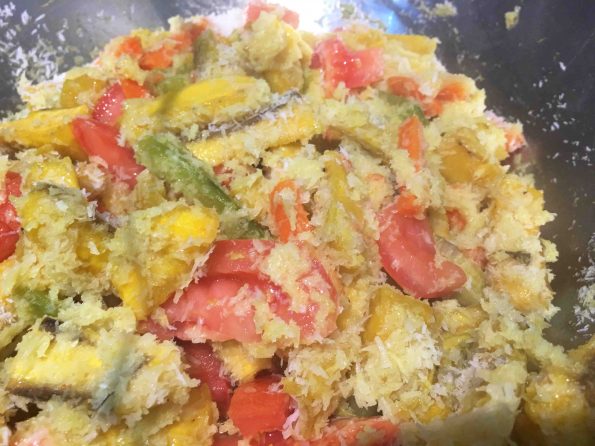 In this avial recipe, we are using yogurt along with one tomato which adds enough sourness to the avial. 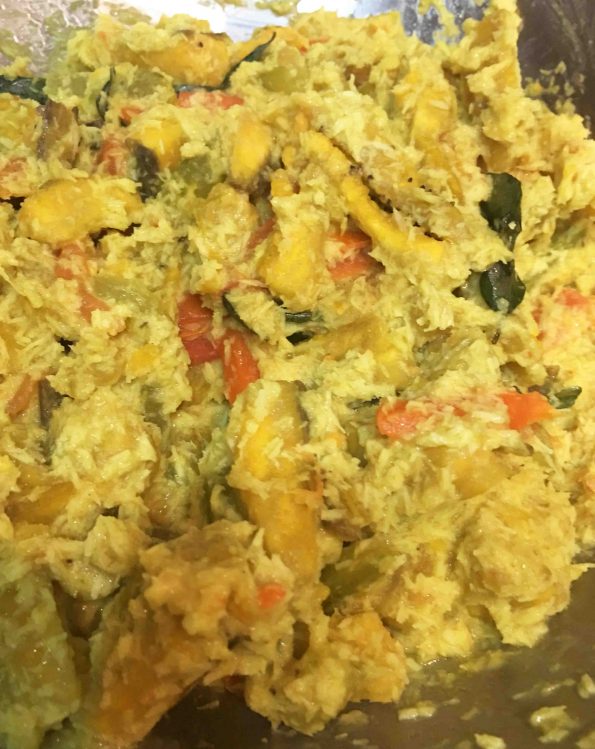 You can add a few cashew nuts to make the avial recipe more delicious! 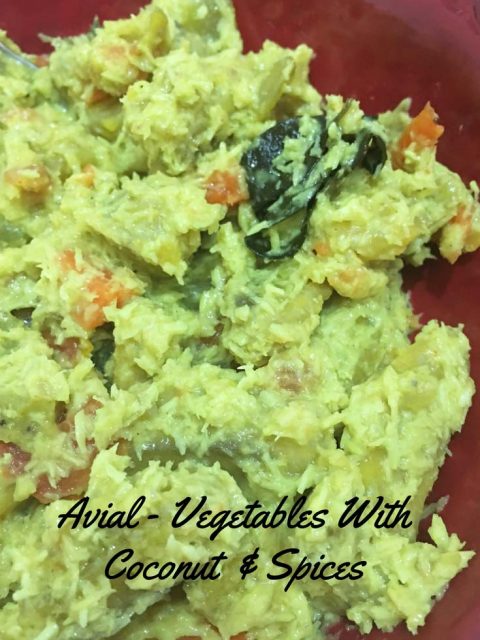 Avial recipe is very popular vegetarian side dish from Kerala, South India which is mainly made using a mix of vegetables in coconut and mild spices which makes a yummy side dish with rice for South Indian lunch of dinner. Feel free to replace some of the vegetables with your own favorite veggies as the recipe is quite flexible.
No ratings yet
Print Pin Rate
Course: Side Dish
Cuisine: Indian
Prep Time: 10 minutes
Cook Time: 25 minutes
Total Time: 35 minutes
Servings: 10
Author: Recipe Garden