Cucumber pachadi without coconut is a simple and easy cucumber curry made in yogurt gravy (without using coconut to make the gravy) which is a popular side dish from Kerala, South India and the traditional version is mostly made using a combination of coconut and yogurt to make the gravy. 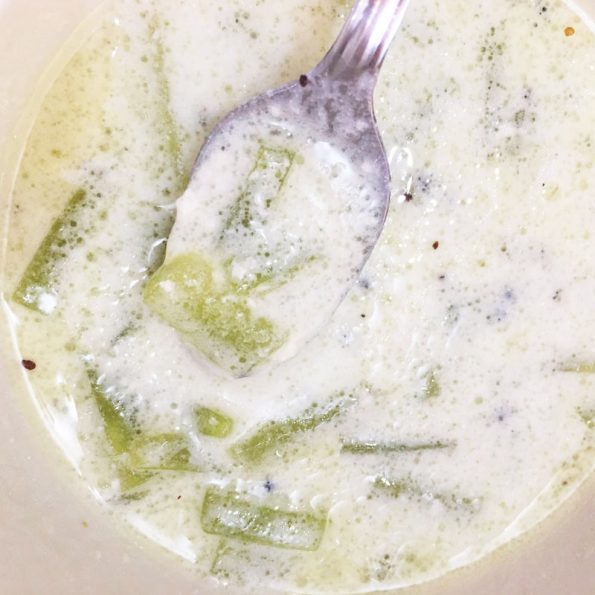 The simpler version of this cucumber curry is prepared just using yogurt and spices (and of course cucumbers) skipping the coconut.

This simple and easy cucumber curry is made of fresh cucumber and yogurt with few added spices.

This recipe is different from cucumber pulissery (vellarikka moru curry) though both recipes uses pretty much the same ingredients.

While cucumber pulissery is a curry with gravy, the cucumber pachadi is mainly used as a side dish which is served in small quantities.

Cucumber yogurt curry or pachadi is made using cucumber, yogurt (click here to buy yogurt maker from India) and very few spices as this is a very mild tasting curry which is very cool and refreshing.

What Is Cucumber Pachadi (vellarikka pachadi) or Cucumber Kichadi?

Vellarikka kichadi  or vellarikka pachadi is the name for this recipe in Kerala ( South Indian state) where malayalam is the language used.

It is important to note that the Indian khichdi (the north indian ric and dal dish) is really different from this Kerala dish which is also known by very similar name kichadi.

Vellarikka pachadi is a traditional Kerala dish and it can be made with coconut yogurt blend for gravy or just a simple version of yogurt with spices (here we only uses yogurt and spices as this is an easy method).

As I mentioned above, vellarikka means cucumber in malayalam.

You will love this dish if you love Kerala vegetarian dishes and especially the combination of fresh cucumber and yogurt.

Both cucumber and yogurt based salads and drinks are especially refreshing during the hot summer months. Raw Cucumber yogurt sandwich is also a popular tea time sandwich in many places.

How To Make Cucumber Pachadi?

However if you wish, you can easily make this cucumber recipe (vellarikka pachadi or kichadi recipe) without coconut just by adding fresh yogurt and few other ingredients.

In fact, the main purpose of serving few spoons of pachadi or kichadi for the Kerala feast or any South Indian lunch is to reduce the heat and spiciness from other curries or side dishes. That is why they are usually just served in small quantities, as it is meant for cooling you off!

While fresh raw cucumber is enjoyed with yogurt salads popularly known as raitha in India, this cucumber yogurt recipes calls for cooked cucumber in it along with a very simple seasoning.

It is a very light dish, as there is nothing fancy in it, and you can enjoy it with rice and other side dishes or any other curry. 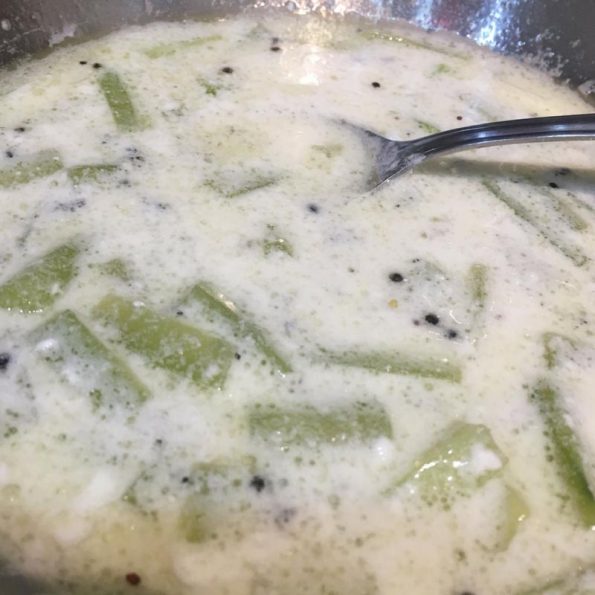 Usually there will be other side dishes for rice and the cucumber yogurt dish is usually enjoyed as an extra dish by serving just one or two spoons of it along with rice and other dishes. Yes, this is an extra dish for the lunch or dinner menu, and it is generally not enjoyed as a main dish.

This kind of Kerala style pachadi or kichadi recipes are almost always served for Kerala style feasts (as one of the dishes where it is served in very light quantities).

Cucumber Pachadi Without Coconut Recipe Below

This recipe makes multiple servings as one serving is only 1 to 2 tablespoons usually.

Cucumber pachadi or vellarikka pachadi recipe without coconut is a simple, easy and yummy South Indian style yogurt based cucumber dish (kind of cucumber raita with spices) which is often served with rice along with other side dishes and curries for lunch or dinner. The cucumber pachadi is very cooling and refreshing, so it is more enjoyed during the hot summer months though it is prepared all year round in the mostly hot weather in Kerala.
No ratings yet
Print Pin Rate
Course: Side Dish
Cuisine: Indian
Prep Time: 10 minutes
Cook Time: 10 minutes
Total Time: 20 minutes
Servings: 6
Calories: 63kcal
Author: Recipe Garden

Cucumber pachadi without coconut tastes best as it cool off and thickens by its own. 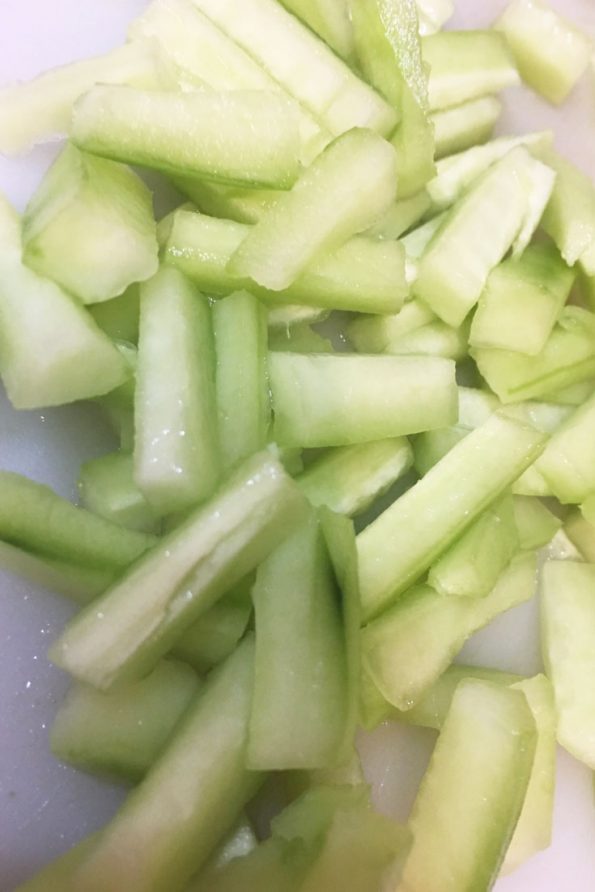 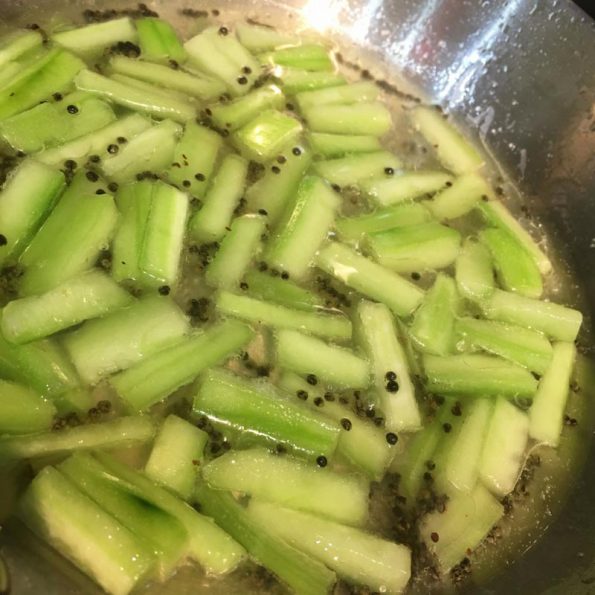 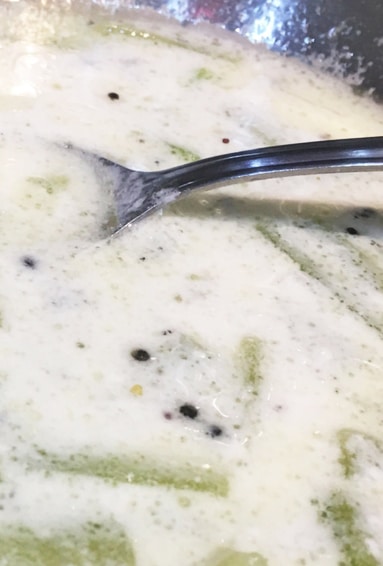 Similar Recipes In This Blog: 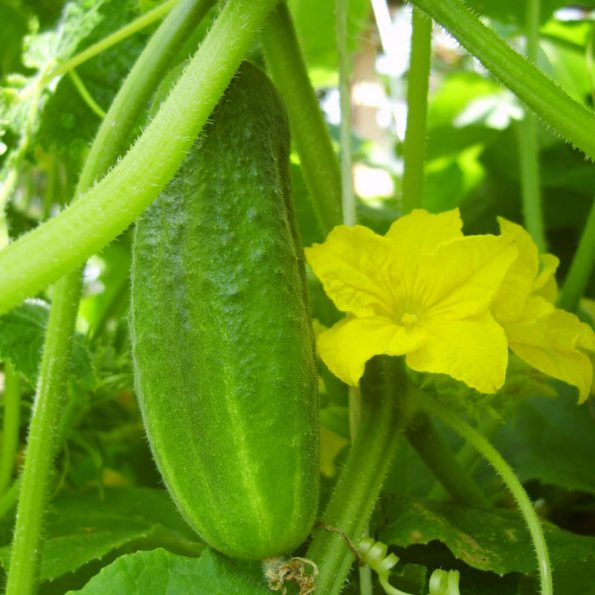