Rajma chawal recipe refers to rajma curry or rajma masala that is served with rice and you can make Indian style rajma chawal which is delicious, healthy in quite a different number of ways. 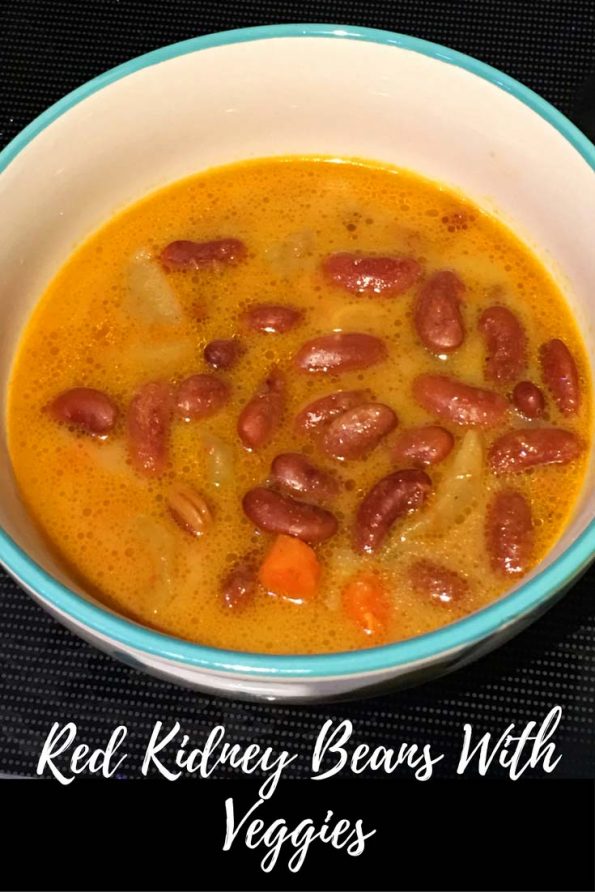 What Is Rajma Beans?

Rajma is red kidney beans which is very very high in protein and it is very beneficial especially for vegetarians and vegans as they provide a plant based source of protein for all those who follow a plant based diet mostly.

It is important to note that rajma or red kidney beans can be toxic in its raw form, so always make sure you cook them thoroughly for the best results and to avoid any mild toxicity.

But please don’t stay away from this beans because of their toxicity in raw form, as the toxicity is completely gone when you cook them, and they become very nutritious and healthy.

Including cooked rajma or cooked red kidney beans in diet can help with weight loss as well, if you are including them as part of a healthy balanced vegetarian or vegan diet. 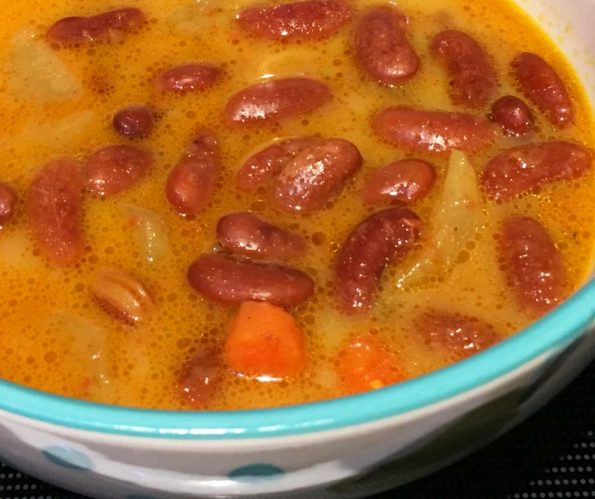 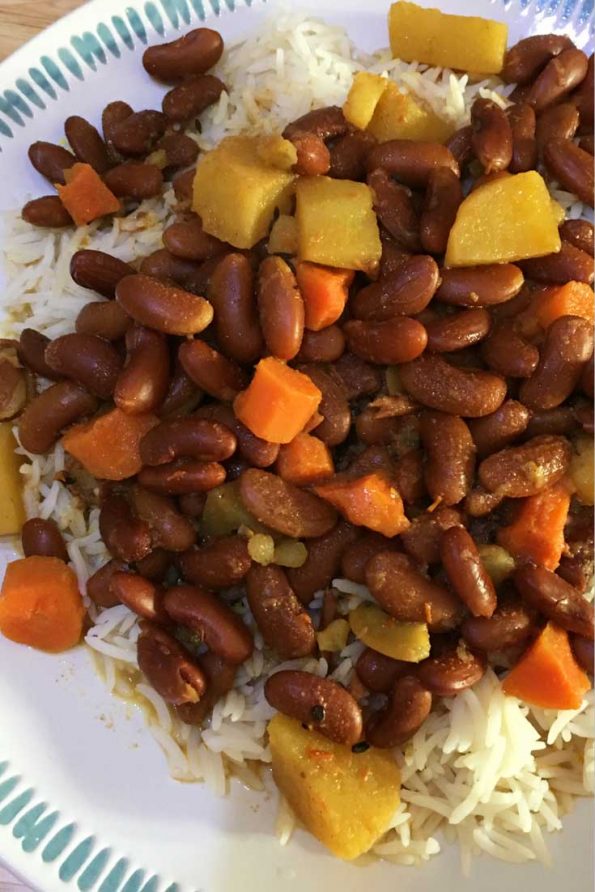 Is This Rajma Masala/Curry Vegan?

This rajma chawal recipe is not vegan as I have used fresh heavy cream to make this more yummy, but this is completely a vegetarian curry recipe.

How To Serve Rajma Curry?

This rajma curry known as rjama chawal makes the best side dish with rice (traditionally served with white rice, but you can try with brown rice as well to make it more healthy), however you can also use this rajam masala curry as a side dish for chapathi or dosa or idli for breakfast or dinner as well. 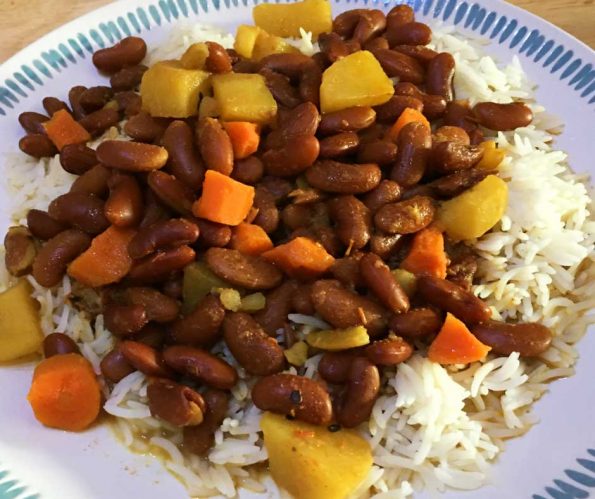 Rajma or red kidney beans in its dry form needs soaking for hours like 6 to 7 hours at least prior to cooking. You can soak the rajma overnight for best results. 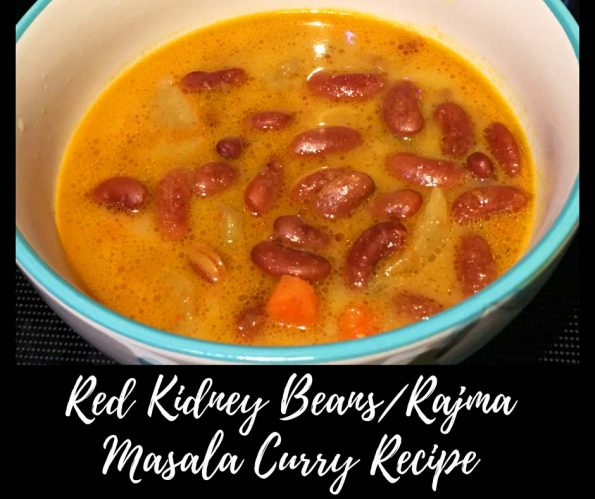 If you are using canned red kidney beans you don’t have to do the soaking. I used dry rajma in this recipe, so we are going to see the complete method of cooking the rajma chawal starting from the soaking of rajma (red kidney beans).

So here is how you can make this rajma chawal with potatoes and carrots following this easy rajma chawal recipe with mixed vegetables.

Rajam Masala With Vegetables Recipe Below 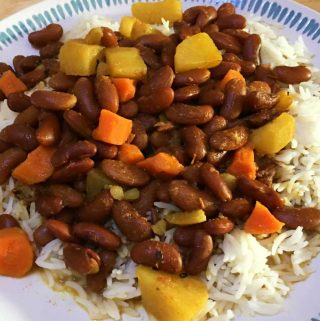 Recipe garden is a food blog with easy to make, simple, vegetarian and vegan recipes including instant pot recipes, easy vegetable side dishes and more.

Learn More About This Blog →