You can make instant rava idli using rava idli batter which is made using rava (sooji or semolina flour) and few other ingredients and seasoning if you wish. 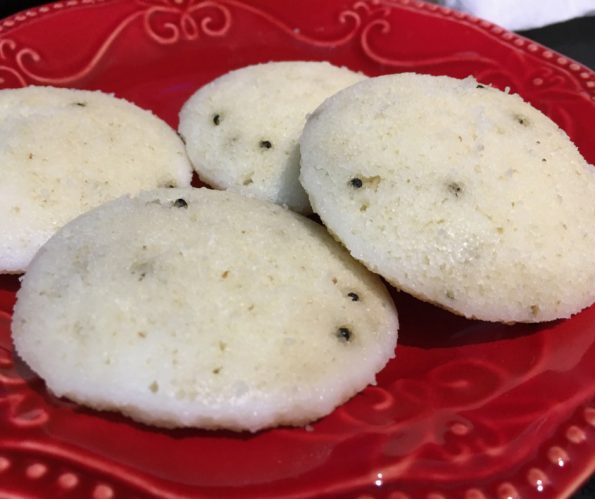 Traditionally rava idlis or sooji idli is made using eno or fruit salt which is added while preparing the batter. This rava idli batter recipe is made without eno and so I am using a little baking soda in the recipe. Rava idli or sooji idli traditionally prepared with seasoning, you may adjust the seasonings and extra ingredients as you wish. Mustard seeds, cashews and raisins are some of the popular seasoning used with rava idli batter.

You may also use a teaspoon of baking powder (as we do not have eno in this recipe) which makes the idlis more airy, soft and delicious, although it is not a very necessary ingredient.

Idlis are steamed cakes used for breakfast in India and you can make different kinds of idlis. The most popular type of idlis enjoyed in South India is made of fermented rice batter which needs soaking and many hours of fermentation to prepare the batter. You can learn here in detail how to prepare popular rice idlis using idli batter.

However, in case you are out of those optional ingredients or if you just don’t have the time to add them, you can still prepare the tasty and easy rava idli using the basic ingredients to make the rava idli batter.

Feel free to experiment with the optional ingredients based on your taste preferences, you may even add new flavors or new ingredients like chopped veggies to add to the batter to make your own rava idli batter!

The below shown picture shows how the semolina flour (sooji flour or rava flour) looks like. 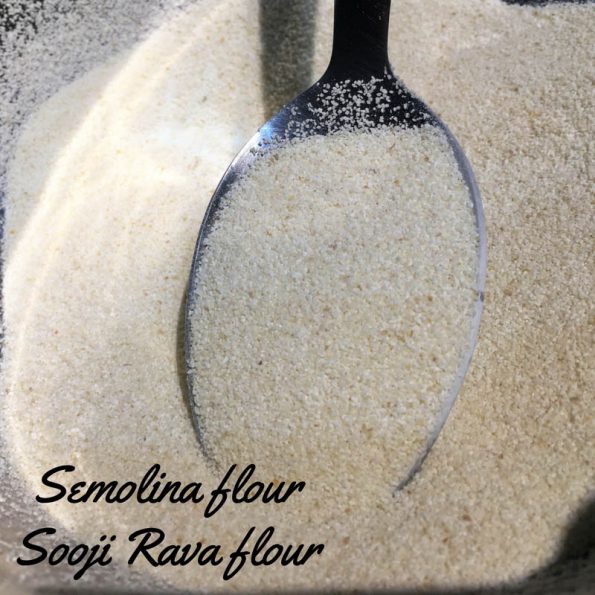 You will need an idli cooker to make idlis.

You can buy idli cooker here. I have bought the same idli cooker from Amazon which I still use. You can make different kind of idlis like rice idli, rava idli or more varieties in this kind of idli cooker designed to make steamed idlis. 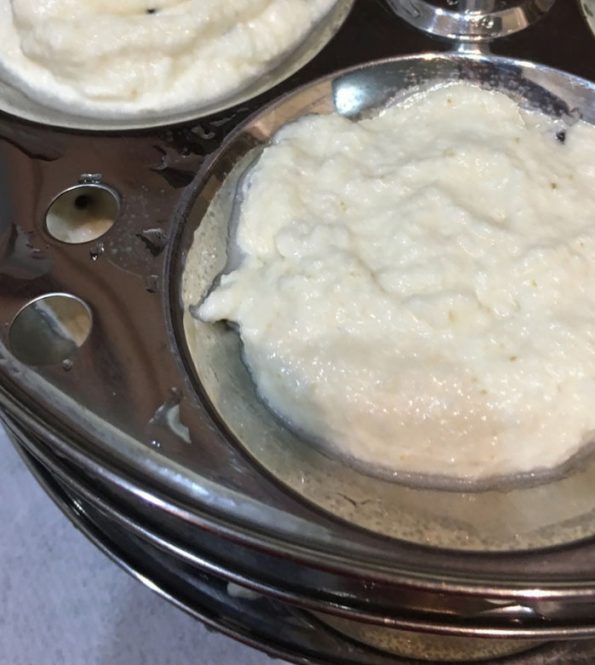 Rava Idli or sooji rawa idli is one of the most popular, kid friendly, healthy and easy breakfast recipes in South India, which you can make from scratch so quickly.

As the name suggests rava idli is made of quick cooking semolina flour which is actually kind of very finely broken wheat known as rava (rawa) or sooji.

Rice idlis are more traditional and they are made by grinding fermented rice and urad dal (black gram skin removed) and steaming the batter using idly cooker.

But this recipe of sooji rava idli is a quicker version using the sooji or semolina flour which doesn’t require fermentation.

They go great with any Indian chutney or side dishes of your choice, but they taste just great even without any side dish. This is a breakfast recipe, but it is quite filling and very commonly used for dinner as well. They are also suitable to send in kids lunch boxes.

The good thing is that you need only few ingredients and you can make this in a hurry if you have an idly cooker. Total preparation time and cooking time will not exceed more than 20 minutes.

So here is how you can make simple rava idli or sooji idli using this rava idli batter recipe.

Print Pin
No ratings yet

To make the rava idli batter

It is great if you use seasoning, however you can also prepare simple rava idlis without using any seasoning and it will taste great with side dishes like sambar or any chutney or curry that you like.   You may also use more optional ingredients like grated carrots, curry leaves, roasted or fried chana dal or chopped green chilies, grated ginger, chopped cilantro leaves (coriander leaves) or any other similar ingredients  if you like. If you are using any additional ingredients you may lightly roast the extra ingredients and add it to the batter. 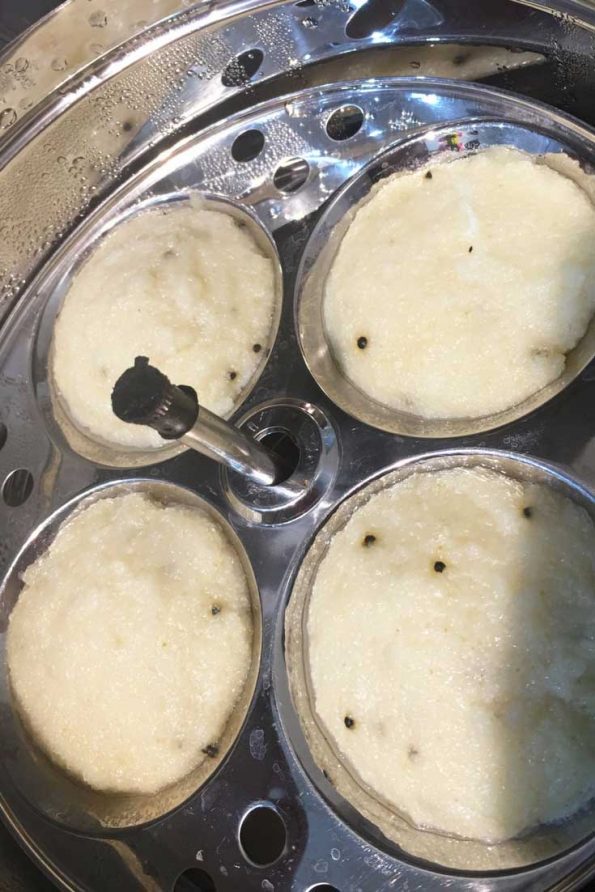