This rice kheer with condensed milk (rice pudding recipe) using pressure cooker method is easy to follow and you get very delicious and creamy rice pudding for dessert which can be made quickly. 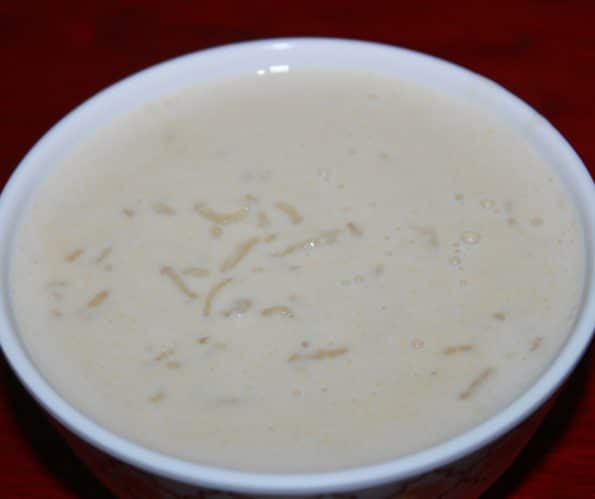 This rice pudding recipe uses sweetened condensed milk and it is made as an Indian style pudding dessert known as Indian rice kheer or rice payasam in India. 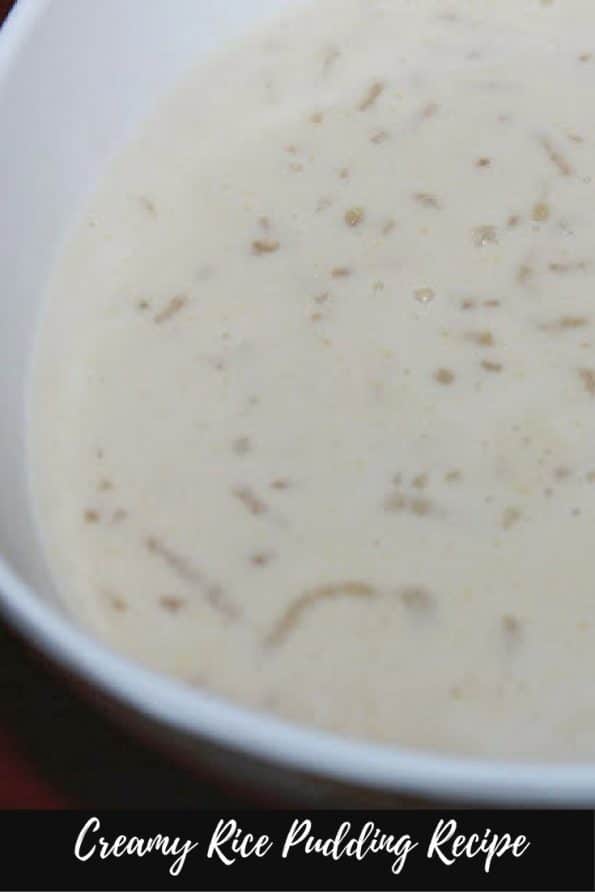 Some time back I tried this rice kheer recipe using sweetened condensed milk from Amul, by following the recipe instructions mentioned in the condensed milk tin with very few variations of my own.

The result was awesome. So if you have condensed milk that is sweetened and want to make payasam/kheer in pressure cooker, do try this recipe!

If you don’t want to use a pressure cooker and if you want to make the rice kheer using sweetened condensed milk, follow the recipe here for making the rice kheer with milkmaid in a pan, which too gives awesome results.

The recipe from Amul called for 100 grams of rice, but I have the measuring cups with me, so I used ½ cup of rice which is slightly more than 100 grams. And the kheer turned out really well. 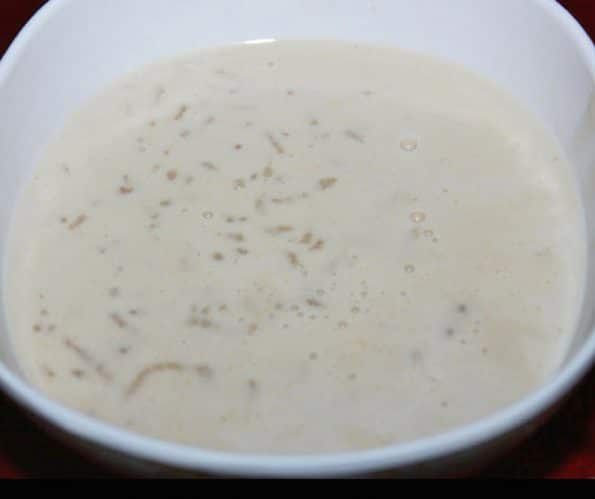 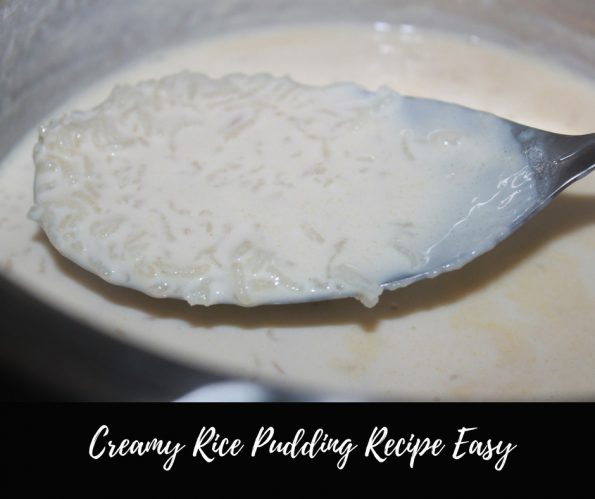 So here is how I made this creamy rice pudding or Indian style rice kheer/payasam following this easy rice pudding recipe pressure cooker method.

We use a little ghee in the recipe to make it more yummy and flavorful.

More Payasam Recipes In This Blog: 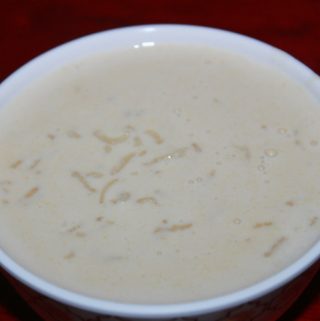 Print Pin
No ratings yet

The kheer tastes good when it is hot or cold or at room temperature. However, I think it tastes the best when it is chilled. The most important thing that you need to take care of while making this pressure cooker method for making rice pudding or rice kheer (pal payasam) is to use a large sized pressure cooker even if you are making a small amount of payasam, otherwise when the milk boils inside the pressure cooker, it can boil over and create a big mess, so make sure to use large sized pressure cooker. I used a 5 liter pressure cooker to make this amount of payasam as called in the recipe. The kheer is very much sweet and makes a wonderful dessert for lunch or dinner. If you want more sweetness, feel free to add more sugar. You can also fry few raisins and cashew nuts in ghee and garnish the kheer.