Even if you are a beginner in cooking and if you have never made corn of the cob before, you can try this easily. 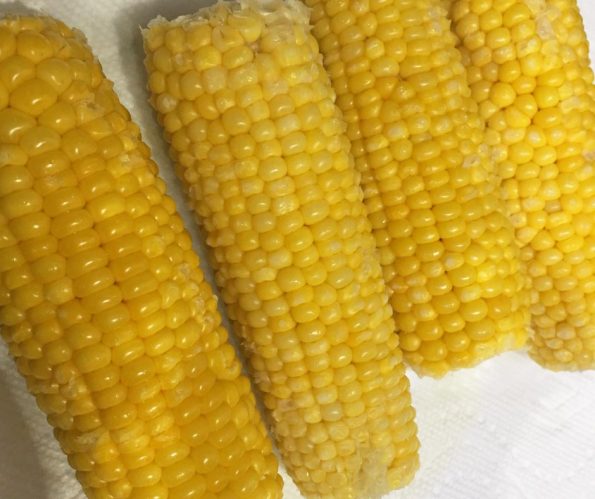 Contents hide
1 How To Make The Best Boiled Corn On The Cob
2 More Corn On The Cob Recipes:
3 Perfect boiled corn on the cob recipe
3.1 Ingredients
3.2 Instructions
3.3 Notes
3.4 Nutrition

How To Make The Best Boiled Corn On The Cob

It is not necessary to add any extra flavors or spices to the perfect boiled corn on the cob, but if you wish you can always flavor them easily with spices like ground black pepper, garlic powder or more spreadable salted butter as you want.

Corn on the cob is one of the most popular dish even served for thanksgiving and other holidays.

Corn is delicious on its own with a sweet and mild texture, which even very picky eater would usually try. The bright and colorful appearance of corn make it even more appealing. 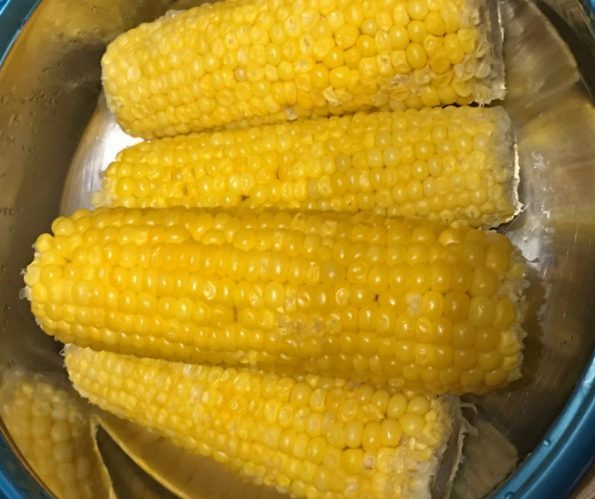 Corn on the cob or an ear of the corn is corn that is intact, which is still in its cob and its cooked and eaten directly from its cob and so we do no separate the corn kernels from the cob at all.

Corn dishes are very much enjoyed even for holidays and cornbread(see recipe here) which is made using yellow cornmeal(click here to buy organic gluten free cornmeal) is another popular and simple dish which is also enjoyed for holidays like thanksgiving. 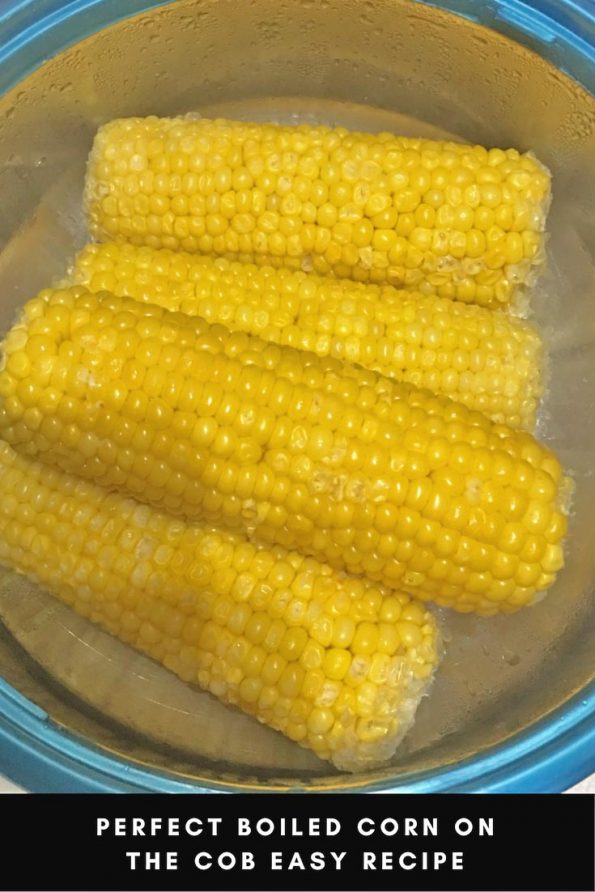 Corn on the cob can be prepared in different ways and you can roast these in the oven too although the texture will be quite different than when you do it on stove top. Either way, corn on the cob is delicious on its own even without any flavoring or very little flavoring.

Perfect boiled corn on the cob makes a great addition to any vegetarian lunch or dinner party even for special occasions and holidays.

The mixture of milk and butter that remains at the end of the preparation is so delicious to be used as a broth and you can use it in your soup recipes or any other recipes where it fits. I used the remaining milk butter mixture to cook some pasta which I baked later.

More Corn On The Cob Recipes:

mini corn on the cob recipe in oven

easy corn on the cob vegan recipe without butter and milk 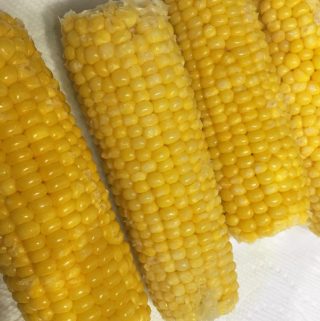 This recipe uses more butter and whole milk and so the dish is more rich and calorie dense, but perfectly delicious as well. If you want a low calorie version, try this corn on the cob recipe which is vegan too and very delicious as well. The remaining liquid from the preparation of this corn and the cob can be used as a delicious broth for soups or stews or I also like to use this liquid to make pasta as well.